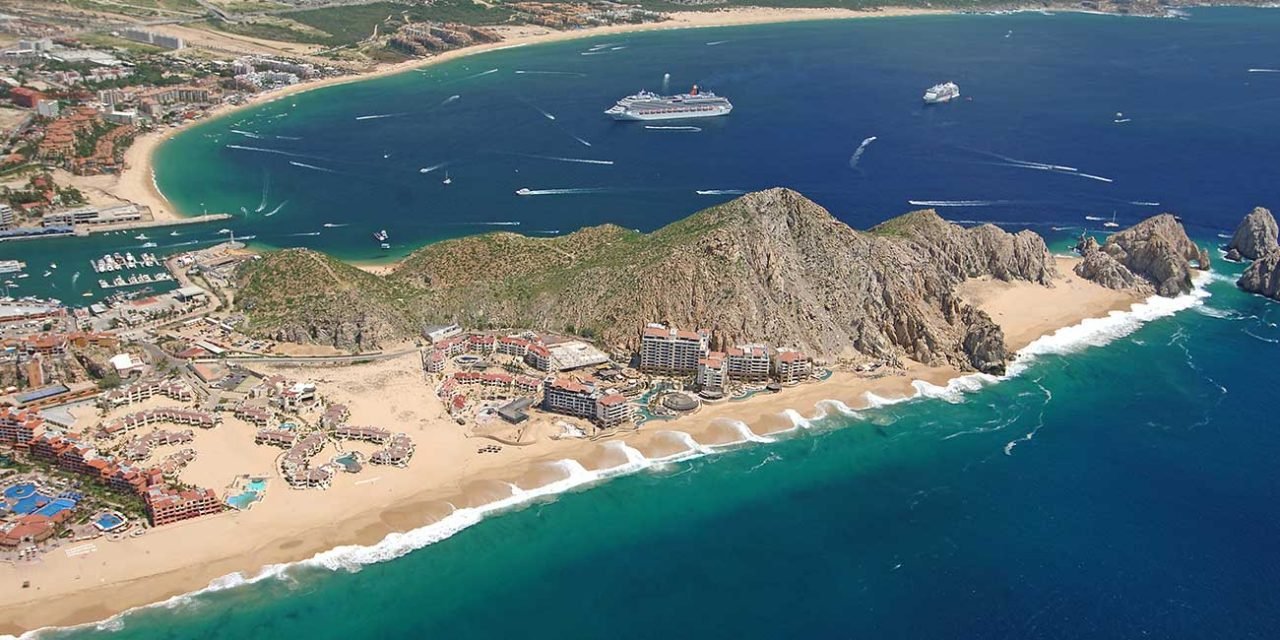 This wide stretch of white sand beach faces the Pacific Ocean and runs from the rocks at Land’s End to the base of Pedregal to the West. Along this stretch of beach you’ll find Hotel Solmar Suites, TerraSol Beach Resort, Playa Grande Resort & Grand Spa and Hotel Finisterra. The currents, undertow and waves are very strong and swimming is extremely dangerous. Be watchful for rogue waves.

The Grand Solmar Land’s End Resort and Spa opened in the Spring of 2011. The Hotel Solmar Suites was demolished a few years ago as the new construction was ready to begin. 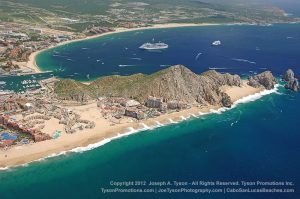 Playa Solmar—Spectacular Sunsets, Walking and Whale Watching
Excerpt from Los Cabos Magazine Issue #10 – 2006
An easy walk from downtown, long, flat Playa Solmar runs from the rocks of Land’s End west to the base of El Pedregal on the Pacific Ocean. For sunset lovers, romantics, walkers, and whale watchers, this is your beach. From January to March, whales play offshore, providing a free floorshow while you take a brisk morning walk or enjoy an afternoon margarita from any of the resorts on this golden stretch of sand. Park yourself at the Solmar and take it all in. Definitely not for swimming, under any circumstances. Access: Access to this beach is off Boulevard Marina past Galeón Restaurant. Turn right at Avenida Solmar through the Solmar Suites Hotel and TerraSol Beach Resort, at the end of Avenida Solmar or Playa Grande Resort, at the end of Avenida Playa Grande. No services. The above photographs were taken during September 2005. The original Hotel Solmar Suites has been replaced with The Grand Solmar Land’s End Resort and Spa during 2010 to 2011. 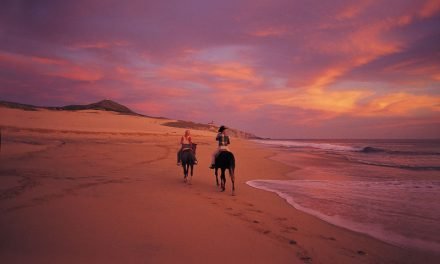 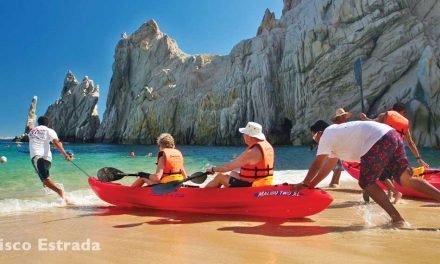