Fronting the ocean finishing holes of the Jack Nicklaus Ocean Course, Playa Barco Varado or Shipwreck Beach is named after the wreck of the Inari Maru, a Japanese tuna boat sunk offshore in the 1960s. None of the wreck remains. Families will enjoy exploring the tidal pools, and swimming is possible, too, but not recommended for small children. 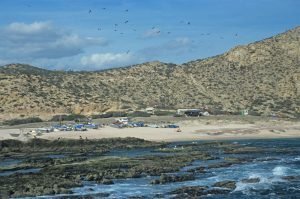 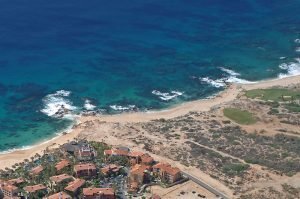 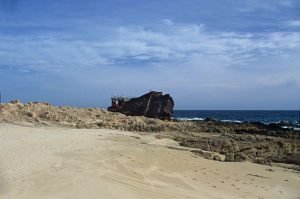 Access: A long drive in from the highway, enter the beach on the southwest side of the Sheraton Hacienda del Mar Resort and Spa in Cabo del Sol at Kilometer 10. 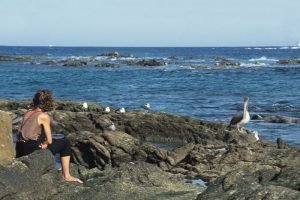 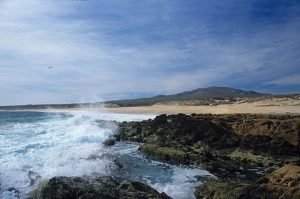 The rusty wreckage of a Japanese freighter remains on the rocks of this once popular beach area. Now, the wreck provides a spectacular backdrop for the “Ocean” finishing holes at the Jack Nicklaus Cabo del Sol course. Soon, it will surpass its original popularity with the completion of the new Sheraton Hacienda Del Mar Hotel now under construction. The beach access is through the Cabo del Sol entrance at Km. 11, follow the well placed signs down to the beach.

This old wreck has now been removed as the Golf Course and Sheraton Hacienda Del Mar Hotel have been completed. 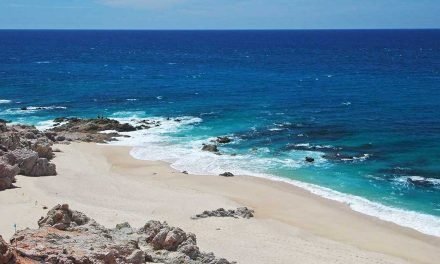 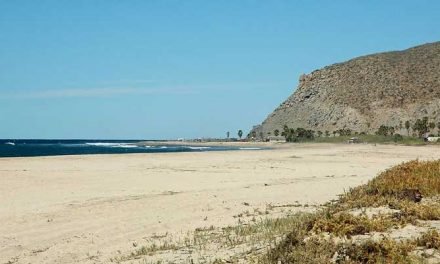